Do What Comes Naturally…But Work at it 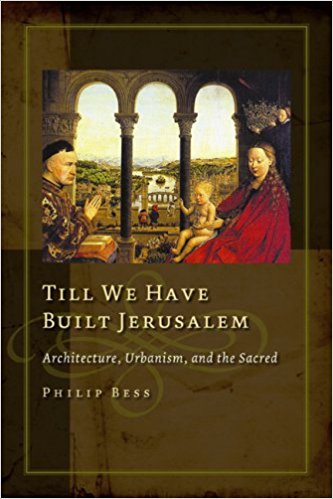 In Philip Bess’ work Till We Have Built Jerusalem: Architecture, Urbanism, and the Sacred, he uses a Thomistic-Aristotelian framework (including but not limited to what he calls “my happy participation in and defense of the religious and metaphysical realism of Western culture”) for analyzing architectural trends.

Chapter 2, titled ‘Democracy’s Private Places’, has some interesting observations about city architecture in the post-war era (an era that continues right up to the present day with its architectural folly). One of the hallmarks of this time has been the decline of public buildings and the rise of luxury town homes – specifically, suburban homes intentionally separated from the public life of the city, thus fortifying the notion that the Good Life, whatever else it may be, is essentially a private affair. This deviates from Aristotle’s understanding that a happy society is one in which the members are part of a Common Good that, whatever else it may involve, is essentially civic. Zoning laws that officially separate public from private life (and in the process make the automobile practically indispensable) now force this heretical worldview to be incarnated in the landscape of our cities.

Bess echoes many of the points made by James Howard Kunstler in his Home From Nowhere (though, unlike Bess, Kunstler doesn’t write from the standpoint of Thomistic-Aristotelian realism). Here’s a quote from pages 33-34 of Till We Have Built Jerusalem about post-war residential housing:

We can hope (though should not presume) that most of these houses are well built. It seems noteworthy however that none of them are either architect-designed or (from the photographic evidence) aesthetically distinguished. Moreover, if the prominence of their bedroom suites and bathrooms is not necessarily typical of most new housing construction, neither is it particularly unusual or confined to automobile suburbs. In the same paper [a 1997 edition of the Chicago Tribube advertising houses] there were numerous advertisements for new ‘luxury townhomes’ in older Chicago railroad suburbs, many featuring two bedrooms and two and a half baths. Increasingly, the market assumption appears to be that every bedroom in new residential constructions requires its own bath. This was common in luxury residential construction for most of the twentieth century, but appears now to have trickled down to suburban middle-class housing as well.

…a residential ideal of one bathroom per bedroom can have the insidious effect of becoming the standard by which housing comes to be deemed acceptable. And as this ratio becomes normative, embodied in building codes and other institutional regulations, it makes it that much more difficult to create affordable housing for that sizable sector of society unable to buy in affluent suburbs.

But there are cultural issues here as well. Architecture high and how expresses and embodies, intentionally or not, cultural ideals and aspirations; and in light of the residential building industry trends featured in the Tribune, it may be worth reflecting upon what some of these are….

Bigger and more luxurious bedrooms and bathrooms seem to me just one physical manifestation of that shrinkage of the public realm happening reciprocally and in tandem with America’s true growth industry, the care and tending of the autonomous self. Like the decline of the street and square as active public spaces–and the demise of the alley, the ubiquity of the driveway, the transformation of the garage door into the front door, the demise of the uninterrupted curbs on residential blocks, the relocation of domestic life to yards and family rooms at the rear of the house, and the creation of complex suburban roofs apparently intended to simulate small villages–the growing number and importance of domestic bathrooms and bedrooms suites indicates yet another way we materialize in our built environment our culture’s turn from the civic to the private.”