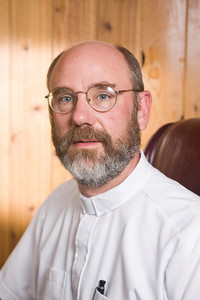 But there was one part of Leithart’s article that raised some questions in my mind. Leithart is keen to emphasize that a central characteristic of true Protestantism (what he calls ‘Reformational Catholicism’ in order to distinguish it from those who claim the mantle of Protestantism but are not actually holding down the fort of the reformers’ vision) is the acceptance of Roman Catholicism as a true church.

Now in itself I have no problem with this charitable approach to Rome, and it echoes points I have made on this blog throughout the years (see my posts here and here, for example). However, what I question is Leithart’s insistence that his position (that Rome is a true church) is truly authentic to the reformers’ vision.  Leithart writes,

The above position would be unproblematic if Leithart had not spent his entire article trying to argue that ‘reformational catholicism’ is the most authentic to historic protestantism. Whatever our views on theology, we should all be able to recognize on purely historical grounds that Leithart’s position is a departure from historic Protestant roots. This does not render his position false, to be sure, but it does suggest that his reformational catholicism is – from the standpoint of historic Protestantism – an innovation and not the highly traditionalist option that he represents it as being.

Believing that the Catholic church had fallen into apostasy, Luther, Calvin and Zwingli were all quick to point out that Rome could no longer be called a legitimate church. What is ‘blindingly obvious’ to Leithart, namely that “there’s a billion-member Church of Jesus Christ centered in Rome” was obviously false to Calvin and Luther. Indeed, the magisterial reformers taught that the Catholic church of their day was not only lacking in the essential marks of the church, but represented Babylon and the system of the anti-Christ. Thus, when Calvin’s friend Gérard Roussel chose to serve as a Catholic bishop despite being convinced of evangelical theology, Calvin wrote to him, “you are a soldier in the army of the antichrist….Think what you want about yourself: I, at the very least, will never consider you a Christian, or a good man.” It is clear from reading Calvin’s letter to his former friend Gérard Roussel (in addition to many of his other writings) that Calvin considered the Roman Catholic church to be no longer a legitimate church. Similarly, if one reads the correspondence that the Tübingen Lutherans had with Patriarch Jeremias of Constantinople, it is clear that the Lutherans considered themselves the true church in an exclusive sense.

If Calvin believed that God’s church could not be identified with the Roman communion, then did he think the church had fallen off the board? Calvin denied that the church had ceased existing, although he did urge that the church had ceased existing in its visible manifestation. As he wrote in the introduction to the Institutes, “We, on the contrary, affirm that the church can exist without any visible appearance, and that its appearance is not contained within that outward magnificence which they foolishly admire.” But if the church can exist without any visible appearance, then where is it? Randall Zachman addressed this question in his essay ‘Revising the Reform’, in John Calvin and Roman Catholicism: Critique and Engagement, Then and Now. Drawing on statements found throughout Calvin’s writings, Zachman showed that Calvin’s answer to this question is that the church consists as the aggregate of individuals who, by virtue of the pure preaching of the Word and the lawful administration of the sacraments, comprise the true remnant of the church, even if the church as such remains hidden from view. Thus, while Calvin believed that the Roman church could not be considered a legitimate church, he taught that it contained within itself the true church hidden from view. Similar notions can be found in both Luther and Zwingli, as well as the second generation Protestant reformers.

This does not even include the reformed creeds and confessions, which are unanimous in stating that there is no church centered at Rome. (R. Scott Clark has quoted some of these confessions in his post ‘Contra Leithart: No, The Reformation Isn’t Over Before You Reject At Least Understand It.’)

Leithart’s position seems to be that because Roman Catholicism has moved on from the corruptions of the 16th-century, we can consider Roman Catholics to be brothers; we can rejoice in now considering them to be a true church. Yet significantly, Rome has not moved away from those points which, in Calvin’s view, rendered it no church at all, namely the liturgical use of images. Throughout his work On The Necessity of Reforming the Church, Calvin was uncompromising in his insistence that those who worship God with images cannot even be called Christians.

The Beauty of Critical Thinking Skills

Related to this is the claim that Leithart has made elsewhere that this recognition of Rome as a true church, together with the open communion policy that follows naturally from such a recognition, is the test of true catholicity. But this means that the vast majority of the Protestant movement, including the original Protestantism of Calvin, failed to be catholic according to Leithart’s criteria. It means that true catholicity is only realized by Protestants in the twentieth-century onwards, which is (historically speaking) a very small subset. However, to say that true catholicity is realized only by a small subset (as measured historically and not merely geographically) sounds very sectarian to me. As Peter Escalante pointed out in his more comprehensive – if inadequate – reply to Leithart, “In fact, one could say that it is Dr. Leithart’s proposed church which is most invisible of all, lacking any historic or concrete instantiation.” Similarly, one can argue that Leithart’s ‘Reformed Catholicism’ is super-individualistic because it has never found corporate expression in any ecclesiastical body.

In making these points, I don’t want to overstate my case. I actually think that Leithart’s charitable approach to Roman Catholicism is greatly needed. I just question, on historical grounds, whether this can legitimately considered more faithful to the reformer’s vision than those modern evangelicals who still consider Rome to be no church at all. If Leithart could accept that his position is actually an innovation from the orientation of historic Protestantism (at least on this issue, and I recognize that Leithart’s article dealt with many other issues that I have not addressed), then I wonder if he would be willing to modify some of his negative statements against Protestants who convert.

I don’t want to get involved in all the Presbyterian politics that has plagued Leithart and the FV controversy, but a broader question this raises is simply this: how far can Leithart stretch his own particular brand of Calvinism before the boundary markers that have traditionally defined reformed theology become compromised? After all, reformed theology is not a chameleon that, under the banner of semper reformanda, can mean whatever we want it to mean.

I hope to hear from Leithart on this because I am genuinely interested.