I recently discovered Gisela Kreglinger’s work through an interview that Ken Myers did with her for the Mars Hill Audio Journal. Most of Kreglinger’s scholarly work has been on wine and George MacDonald (a strange but appropriately fitting juxtaposition). In reading Kreglinger’s book The Spirituality of Wine, I was particularly fascinated by her discussion about the health benefits of having a daily glass of wine. In the quotation that follows I have had to remove the footnotes referencing peer-reviewed studies and medical research. 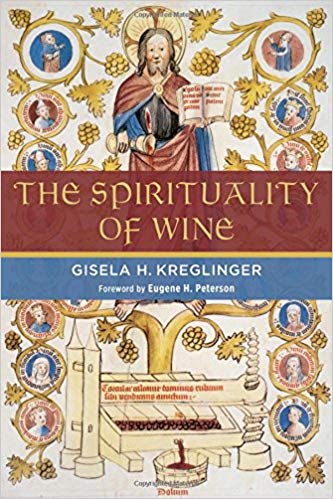 “Serge Renaud had studied the relationship between moderate wine-drinking and low-rate cardiovascular disease (diseases of the heart and blood vessel system). This study revealed that the French had a much lower rate of cardiovascular disease than that of other industrialized countries such as the United States and the United Kingdom. In most countries the high consumption of saturated fats is positively related to an increased risk of heart disease. Paradoxically, this tendency is not true in France: though the French have a high intake of saturated fat (they love their cheeses) and smoke cigarettes, they nonetheless have a low mortality rate from heart disease. Today this finding is referred to as the “French paradox.” Renaud found that the French drink a moderate amount of wine with their meals daily (they also eat and drink more slowly). Scientific studies revealed that the consumption of alcohol at the level of consumption in France (approximately one to two glasses of wine a day) can reduce the risk of heart disease by at least 40 percent. Renaud suggests that wine drunk in moderation may be one of the most efficient “drugs” to prevent heart disease.

Since then, many scientific studies have confirmed Renaud’s findings and suggest that the moderate consumption of any kind of alcohol (1-2 drinks per day) can reduce the risk of cardiovascular disease by an average of 30-35 percent in comparison to nondrinkers. Given that cardiovascular diseases are the leading cause of death in many industrialized countries, especially in the United States, this medical finding is exceedingly important. Strokes, which constitute one form of cardiovascular disease, are the third-leading cause of death and a major cause of disability in the United States. A daily glass of wine drunk in a leisurely way can significantly reduce the risk of stroke. This is good news indeed. Studies around the world have shown that moderate drinkers tend to have a lower mortality rate than either nondrinkers or heavy drinkers. Heavy drinkers and binge drinking, on the other hand, increase the risk of heart disease and stroke.

Presentation at Gold Country Gathering 2019: George MacDonald and the Life of Gratitude