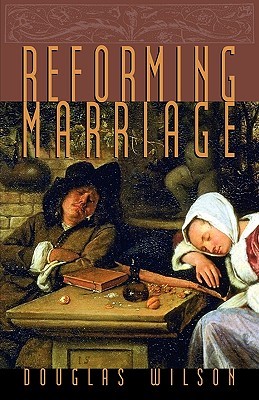 In his excellent book Reforming Marriage, Douglas Wilson shows that the custom of transmitting the family name from father to son, as well as the custom of a women adopting her husband’s name, is a Biblical practice rooted in Genesis 2:23-24. Unfortunately, our English translations do not quite impart the proper sense. Here is how Genesis 2:23-24 reads:

“And Adam said, This is now bone of my bones, and flesh of my flesh: she shall be called Woman [Ishshah], because she was taken out of Man [Ish]. Therefore shall a man leave his father and his mother, and shall cleave unto his wife: and they shall be one flesh.” (Genesis 2:23-24)

Writing about this passage in Reforming Marriage, Wilson had this to say:

As verse 24 shows, Adam and Ishshah were a paradigmatic couple….So in this passage of Genesis, we are taught that Adam’s reception of the woman, and his naming of her, were to be a pattern for all marriages to come. “Therefore a man shall leave his father and mother…” Now at this point Adam had not yet named his wife Eve. Adam gave his wife two individual names. The first was Ishshah, or Woman, because she was taken out of man. The second was Chavvah – life-bearer, or as we say it in English, Eve. “And Adam called his wife’s name Eve [Chavvah], because she was the mother of all living” (Gen. 3:20).

In both passages where she is named, it is clearly stated that her two names reveal truth about her. The first reveals her dependence upon man – she was taken out of man. The second reveals man’s dependence upon her – every man since is her son. Millennia later, the apostle Paul teaches us that we are continually to remember these two truths in our marriages. Every wife is an Ishshah, and each wife is a Chavvah. Each is Woman, and each is Eve….
God is the one who called our first parents by the collective name Adam. Now Adam is also a generic term for man or mankind. This shows clearly the biblical practice of including women under such a description. Our English use of the generic man and mankind follows this biblical example exactly. Far from being insulting to women, as feminists want to maintain, it reflects a biblical pattern of thought. The feminist reaction to this, and their rejection of taking a new last name (in order to keep their father’s name!), is not just a small bit of modern silliness. It is a fundamental rebellion against God. So when our Susan Miller becomes Mrs. Robert Carter it is not just ‘something we do.’