One of the recurring themes on this blog is the importance of gratefulness. So it may come as a surprise to my readers that this morning I am publishing a post on the virtue of complaining. But hear me out. 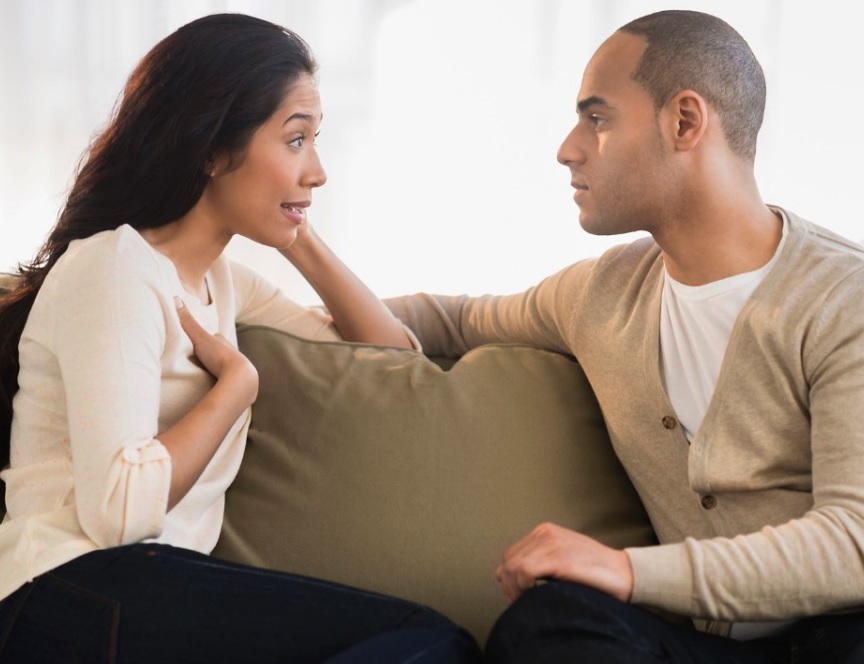 Complaints have a request within them, a need, a longing, a desire. They are problem-specific. By contrast, criticism is a general attack on the other person.

All of us have a deep need for attachment, and in our closest relationships we constantly make bids to try to get our attachment needs met. Constructive complaining can be one very effective way to reach out to our loved ones about specific needs.

Constructive complaining is not the same as criticism. Helpful work has been done by John Gottman and others on the difference between criticism and complaining in the context of marriage relationships. They have suggested that complaining is good and can draw a couple closer together, whereas criticism drives them further apart.

So what’s the difference? First of all, a complaint is a call to action, a request from one spouse to the other. Marriage and family therapists tell us that in order for a complaint to be effective, it should include

If handled appropriately, complaining can draw a couple closer together, as it provides an opportunity for one person to express need and for the other person to respond with understanding, empathy and action.

“A criticism is an attack on someone’s character, it’s a jab. It’s made with the intention of hurting the other person and to inflict emotional pain. People respond to criticism by being defensive and often engaging in a counter-attack, or they simply shut down and withdraw.

A complaint, on the other hand, is a request for a change in behavior. Complaints have a request within them, a need, a longing, a desire. If you can distinguish between a criticism and a complaint, hear the request within the complaint, and respond appropriately, then the emotional intimacy in your relationship will shift for the better.”

It might be helpful to take a few moments to reassess your communication style with the people closest to you. Ask yourself how you might be able to channel unhelpful criticism into helpful complaining.

But What If I Need to Vent?

The worldly wisdom of secular humanism tells us that we should criticize our loved ones when we are upset at them. Sometimes criticism is even viewed as virtuous under the guise of “venting.” From the perspective of human reason it seems to make sense: after all, don’t we sometimes need to let off steam so we feel better?

Actually, research from the workplace and additional research with a variety of test subjects shows that venting usually just makes people feel worse. And even when venting does provide temporary relief, it often brings unintended long-term consequences through contributing to an erosion of emotional regulation skills. Moreover, in the context of intimate relationships, venting takes away resources that might be profitably used towards complaining in the above sense.

The notion that people need to vent in order to feel better was influenced by the age of steam power in the 19th and early 20th century. At this time, people began to assume an erroneous similarity between human beings and steam-powered machines like early locomotives, steam-powered sailing vessels and factory generators. To prevent these steam-powered devices from building up too much heat, excess waste heat had to be disposed of via venting. A similar mechanism is used today in household driers.

We’ve always used analogies from our machines to help us understand ourselves. For example, today the computer has become the primary metaphor for understanding the human brain. The problem is that sometimes our analogies distort our understanding of ourselves and lead us into mechanistic assumptions about ethics and anthropology. For example, by thinking of human beings analogously with steam powered machines, it became easy to assume that human beings also need to vent when there is a build up of negative emotions. This gives us an implicit bias in favor of criticism over complaining and moves us away from the type of Biblical advice we read find in verses like Proverbs 16:32 (“he who rules his spirit than he who takes a city”).

The ancients also used technology as a guide for understanding ourselves. Plato pictured the human reason as a charioteer being driven by two winged horses. One horse represents the soul’s search for truth and the other the soul’s concupiscent impulses. It is the job of the charioteer to direct the horses in the search for truth and make sure the chariot is not driven off course.

I’ll take the charioteer image any day over the steam-engine.

A final word of caution may be helpful. If you know someone who has a problem with criticism and venting, try not to let the information I’ve shared fuel a harsh or judgmental attitude towards them. When someone is critical, our natural reaction is to become critical back or to put up walls and be defensive. An alternative and more compassionate approach is to try to see past the criticism to the complaint, which is often an emotional need the other person has but which they may be having difficulty expressing. While it is true that sometimes you need to reject a person’s criticism, on other occasions it can be helpful to rework it in terms of the three-fold framework I mentioned above. Ask the following questions: