Few virtues are as misunderstood today as the virtue of courage.

Courage is the act of choosing to press ahead in full knowledge that there may be danger ahead. It is this awareness of danger that differentiates genuine courage from mere naivete. A naive person may appear courageous simply because he underestimates the threat he is facing, like the fool in Proverbs 14:16 who “rages and is self-confident.”

But just as courage should not be confused with naivete, it should also not be confused with mere bravado. A person who overestimates his natural strength may appear brave in the face of threats, like the fool in Proverbs 27:12 who refuses to take refuge in the face of danger. Having an unrealistic perception of one’s own natural strength absolves one from needing to practice courage since it minimizes the reality of the danger one is actually facing. Only a weak person can have courage in the face of danger, for courage can only exist when there is the possibility of harm, hurt or failure.

Thus, in order for courage to flourish, all three of the following elements must be in place:

When the first two aspects are in place—real danger coupled with real weakness—a person can satisfy the third criteria for courage through an act of the will, as he or she decides bravely to press ahead into the unknown. Jordan Peterson talks about this in his video on anxiety. He explains that before one can manifest courage, one must first have come to terms with one’s own inadequacy, weakness and vulnerability. Faced with danger, it is natural for a person to feel afraid, but that is precisely Peterson’s point, for only someone who is afraid can have courage. Moreover, by exposing yourself to the thing you fear, you do become braver even when you do not become less afraid. 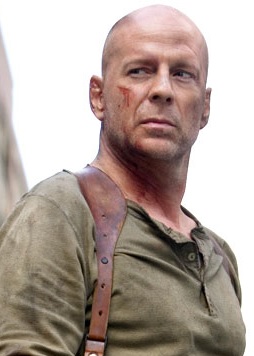 This is not the vision of courage that usually flourishes in our contemporary myths and media. In particular, the second condition of courage—a realistic understanding on one’s own weakness—challenges popular misunderstandings of courage that are perpetuated by the “macho man” culture of many Hollywood movies. Why do we gravitate to cinematic heroes like Bruce Willis played in the Die Hard movies, or that Tom Cruise played in the Mission Impossible remakes? I have not seen all of these movies, but in the ones I have seen, I was struck by the fact that the hero rarely shows weakness, fear or a sense of his own vulnerability. In a world without vulnerability there can be no true courage, just as there can be no faith in a world without doubt and there can be no hope in a world without uncertainty and longing.

It could be that macho man movies attract us because they hold out a certain archetype of masculinity that offer the false promise that it is possible to be brave without being vulnerable, to have courage without feeling fear, and to exert strength without having an awareness of weakness. This is a short-cut by making courage too easy. Women who have been influenced by these images (perhaps unconsciously) desire their boyfriends and husbands to be macho rather than genuinely courageous, and to sacrifice true bravery on the altar of mere bravado. Accordingly, the virtue of manliness is perceived as existing in a type of zero-sum relationship to vulnerability, weakness and self-doubt, all of which are seen to be the province of sissies.

The correlate of the macho man is the archetype of the Playboy Bunny, who bypasses the shyness, timidity and modesty with which the first stages of love are properly enveloped. At its worst, this archetype removes the delicate vulnerability from self-donation and its preceding stages. Genuine love requires courage, for we cannot bind ourselves to another without the possibility of hurt, just as we cannot expose ourselves without becoming defenseless and we cannot engage in acts of true self-donation without also engaging in acts of self-sacrifice. The archetype of the Playboy Bunny evacuates love of this necessity for courage. As this image has been internalized in the imaginations of millions of both men and women through the soft porn of the media (and countless movies that I might cite as examples), it offers the false promise of a short-cut to fulfilling relationships. It is a short-cut because it deceives us with the false promise of quick, easy love. 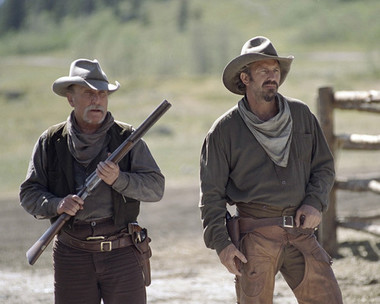 There are some less well-known movies that do portray true courage and true love. One of these was the 2003 film Open Range, directed and produced by Kevin Costner. In this Western, Costner plays the character of Charley Waite, who is driving a herd of cattle across the country with “Boss” Spearman, played by Robert Duvall. In the course of their cattle drive, they come upon a town that is controlled by the ruthless land baron, Denton Baxter. Baxter has decided (quite illegally) that the land is not available for “open range” cattle. To reinforce his point, Baxter kills one of Spearman’s hired men and badly injures another. At this point, Waite and Spearman have a choice whether to leave town and stay alive, or to fight in an outnumbered battle against Baxter and his men.

The thing I like about Open Range is that it portrays the type of genuine courage that Jordan Peterson discusses in the video above. Unlike superhero movies where the hero charges into battle without any apparent sense of fear, Charley Waite is scared to fight and fully expects to be killed. He struggles to sleep because of anxiety, and he struggles to reach out to the woman he loves because of self-doubt. The character portrayed by Costner is an icon of true courage, not because he doesn’t feel afraid, but precisely because he does.

A final point must be made that I owe to a thoughtful reader, James Bramer. Weakness should not be pursued in order for courage to flourish, for there is virtue in developing competence even when it decreases the need for courage. To give a concrete example, it is better to meet a burglar with a loaded .357 Magnum than to have to muster enormous courage because I forgot to buy ammo. We should strive to develop courage, but we should also train ourselves to manifest the type of strength and competence-based-confidence that limits our need for courage. A parallel example is the relation between willpower and good habits: we should strive to increase our willpower, but we should also strive to develop the type of good habits that render willpower unnecessary in most situations. Women have typically been attracted to men that are both strongly competent as well as courageous. This makes sense, since courage works in productive feedback loops with the type of strength that arises from competence, just as good habits work in productive feedback loops with willpower.