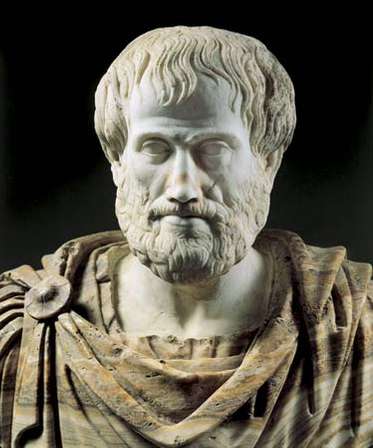 The Greek philosopher Aristotle (384-322) helps us to understand the distinction between rightly ordered emotions vs. disordered emotions. Aristotle taught that properly ordered emotions play an integral role in correct thinking as well as in helping a person’s appetites be regulated by virtue. Accordingly, emotion is a type of perception—an “appearing as”— that undergirds moral thinking and decision making. For example, we feel anger when we witness an action that appears unjust, or we feel pity when we see someone suffer from evil. Rightly ordered emotion is thus integral to the concerns by which we perceive the world as moral agents. But it is also possible for disordered emotion to obscure our perception of the world. For example, if I feel envy at the good fortune of another, then my ability to rightly perceive the other person’s situation has been obscured. The goal of education, especially the education of children, is to cultivate proper habits, including the habit of responding to situations with the right emotional reaction. Without properly ordered emotions, it is impossible to achieve eudaimonia, a Greek word that is often translated happiness but more properly conveys the idea of human flourishing.

In his article ‘Emotions, Memory Suppression, and Identity,’ for The American Journal of Bioethics, Bill Kabasenche gives examples showing how rightly ordered emotion lies at the heart of moral identity within an Aristotelian framework:

“what one gets angry about, what makes one sad or ashamed, what causes anxiety would all be indicative of various concerns one holds, many of which might be among the more firmly held or deeply ingrained concerns that make up moral identity…. For instance, sadness upon the loss of a loved one confirms that I cherished this person. Shame reveals a core moral identity that does abhor certain actions even if I still performed them because of weakness of will, coercion or some other constraining circumstance.”

The teaching of Church Fathers like St. John Chrysostom have much affinity with Aristotle since they urge us to approach our emotions with the question, “Are these emotions rightly ordered? Are they based on a correct perception of reality?” The spiritual life does not involve eliminating painful emotions, but becoming the type of people whose emotional lives are rightly ordered.