END_OF_DOCUMENT_TOKEN_TO_BE_REPLACED

During these discussions, Mark Weisman was able to contribute valuable insights from his perspective working for years in the tech industry, as well as from his experience as a husband. We explored what the latest brain science is showing about the corrosive effect of too much screen-time, particularly in brain regions associated with emotional maturity, introspection, expression recognition and emotional regulation.

We syndicated these two conversations to The Robin & Boom Show  which you can listen to below.

Robin Phillips and Jason Van Boom continue the discussion with Mark Weisman on technology, empathy, attention and EQ. In this podcast you will learn what Elder Thaddeus of Vitovnica and the Great Tradition tell us about bringing attentiveness into our relationships. You will also learn the importance of slowing down to take a reflective turn, how to leverage neuroplasticity for good, and the relationship between the brain, body and emotions. Questions discussed include:
From the podcast:

“…be aware of what other people are feeling, and listen to the emotions behind what they are saying rather than just being quick to respond to surface issues. Go deeper and really try to listen with your heart and with empathy. Often we get into fights and arguments about issues that are really just proxies for deeper emotional issues, and these deeper emotional issues, when they’re not being adequately addressed or listened to, can cause problems abort issues that are not really the issue.” 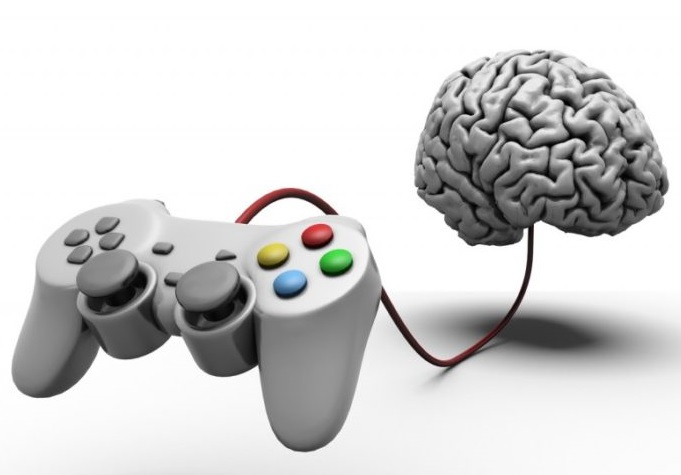 Beware of the what video games are doing to your brain, or to the brain of your child!

A 2009 study by a different group of Iowa State researchers, published in Psychophysiology, investigated the effects of video-gaming on cognitive control, through experiments with 51 young men, both heavy gamers and light gamers. The study indicated that video-gaming has little effect on “reactive” cognitive control – the ability to respond to some event after it happens. But when it comes to “proactive” cognitive control – the ability to plan and adjust one’s behavior in advance of an event or stimulus – video-gaming has a significant negative effect. “The negative association between video game experience and proactive cognitive control,” the researchers write, “is interesting in the context of recent evidence demonstrating a similar correlation between video game experience and self-reported measures of attention deficits and hyperactivity. Together, these data may indicate that the video game experience is associated with a decrease in the efficiency of proactive cognitive control that supports one’s ability to maintain goal-directed action when the environment is not intrinsically engaging.” Video gamers, in other words, seem to have a difficult time staying focused on a task that doesn’t involve constant incoming stimuli. Their attention wavers.

Robin and Jason are joined by Mark Weisman to discuss some of the ways digital technology is eroding skills in empathy and emotional intelligence (EQ). Mark Weisman contributes to this discussion from his perspective working for years in the tech industry. In this podcast you will learn the difference between “emotional empathy” and “cognitive empathy”, and why EQ is central to human flourishing. You will also learn what the latest brain science shows about the corrosive effect of too much screen-time, particularly in brain regions associated with emotional maturity, introspection, expression recognition and emotional regulation. (For more on this topic, visit out emotional intelligence archives.) 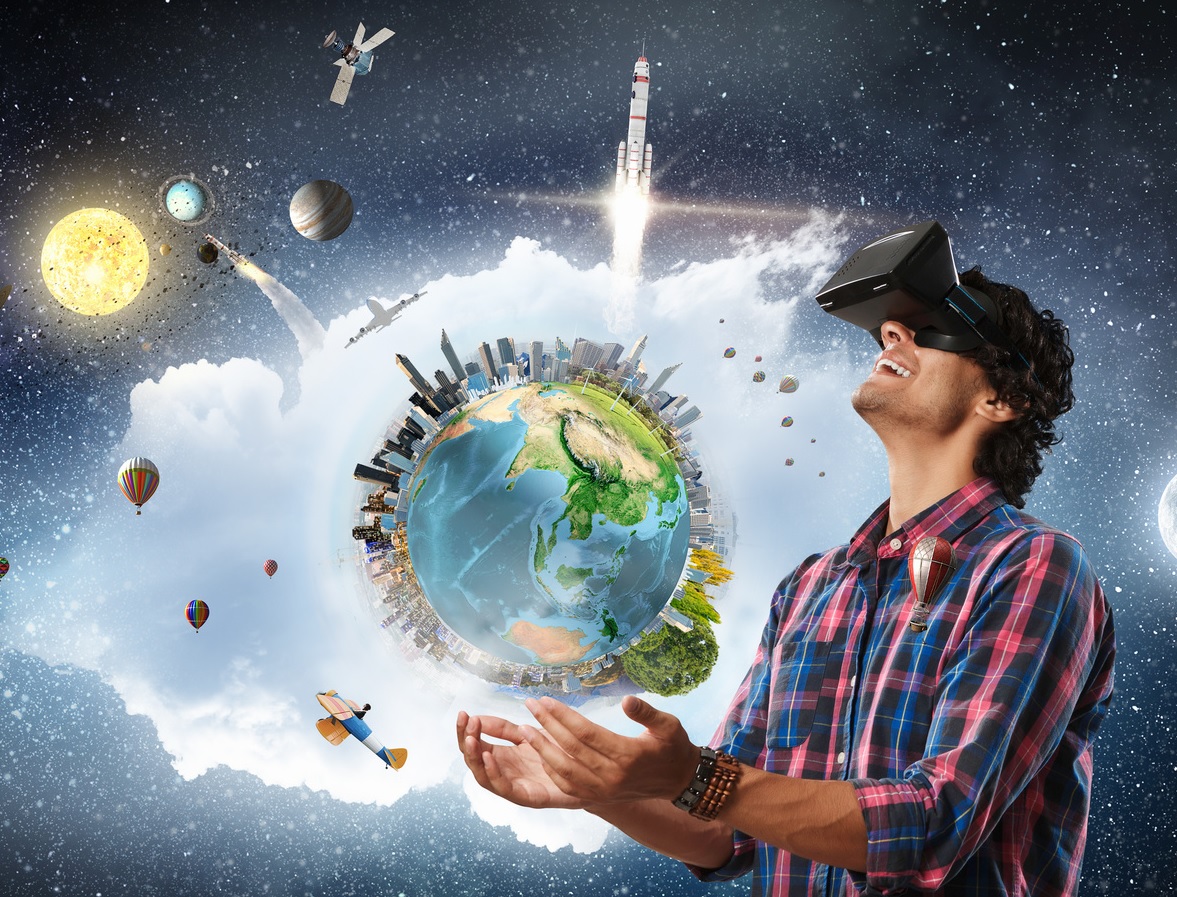 The year is 2060. Professor Updike stands to take the podium for the keynote speech at his university’s annual communications conference.

Professor Updike is a clean-shaven African American man in his mid-forties. To the audience, however, these details are irrelevant. Everyone in attendance is wearing virtual reality glasses—a technology that allows each person to customize their own reality and seamlessly overlay that reality onto the physical world. This technology, at one time experimental and cumbersome, has now become normal and ubiquitous. In fact, it has become unusual not to see people wearing these glasses, although there remain some neo-Luddite holdouts in the rural areas.

Through their VR glasses, some people see Professor Updike as he would have looked twenty-five years ago as an undergraduate. Others have adjusted their VR settings to see him as a white person, or another race of preference. For still others, the professor appears to be giving his speech completely nude.

END_OF_DOCUMENT_TOKEN_TO_BE_REPLACED 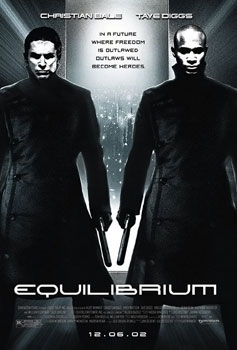 One of my favorite movies is the 2002 science fiction film Equilibrium. Written and directed by Kurt Wimme, the film is set in a future society called Libria. In Libria it is against the law to feel.

The main character of the film named John Preston (played by Christian Bale) is a law enforcement officer. He is tasked with destroying objects that could incite emotion, including art, poetry and classical music. He is also required to kill rebels, known as “Sense Offenders”, who choose to experience illegal emotions.

The citizens of Libria have been brainwashed into believing that feelings are the cause of war, suffering and conflict. Accordingly, most of the citizens in Libria willingly participate in their own enslavement by taking a daily injection of a drug, known as Prozium II, which suppresses all emotion.

END_OF_DOCUMENT_TOKEN_TO_BE_REPLACED

As Jordan Peterson’s Channel 4 interview goes viral (indeed, it reached #7 for all of YouTube), I have been delighted to see it provoking international discussion, not just about the issues he raised, but about the nature of conversation itself. This is a classic case of ideology causing a two-person dialogue to turn into a three-person dialogue: a conversation between the positions of Person A, the positions of Person B, and the positions that Person B ascribes to Person A.

One of the easiest mistakes to make in political discourse is to assume you know where the other person is “coming from” and to then “hear” what they are saying through the framework of those assumptions, just as Cathy Newman did with Jordan Peterson.

END_OF_DOCUMENT_TOKEN_TO_BE_REPLACED

From my article “Hollowing out the Habits of Attention (3)“: 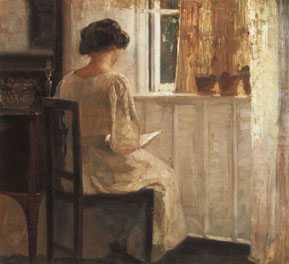 A study conducted at Washington University’s Dynamic Cognition Laboratory. found that attentive readers mentally simulate each new situation encountered in the narrative as if it were really happening. This type of imaginative engagement with other people—in this case, fictional people—enriches the readers’ experience of the world outside the book. This is because the patient attentiveness required to read a literary novel, a play or a long poem requires us to exercise some of the same mental muscles that are employed when we are attentive to real people.

In both fiction and healthy relationships, we need to be able to extend ourselves into the thoughts and feelings of others, no matter how different those thoughts and feelings may be from our own. We also need a capacity to accept complexity and tolerate ambiguity. This requires the same type of imaginative attentiveness that reading literary fiction can help us to cultivate. This should become clearer after a brief rabbit-trial about communication.

For relationships to be healthy, we need to know how to suspend what we think and put ourselves in the mind of our friend, even when we think our friend may be wrong. This doesn’t mean we have to pretend to agree with what the other person is saying, but at a minimum we should be able to appreciate where they are coming from, to listen to their heart, to imaginatively relate to experiences that may be far removed from our own. Empathy enables two people who are vastly different to share experiences, to participate in each others’ struggles, sorrows and joys.

To be empathetic requires imagination, creativity, and what psychologists call emotional intelligence. One example of how imagination helps with communication is when it comes to refraining from assuming that what the other person means is what I would mean if I said the same thing; instead we should be able to imagine things from the other person’s perspective. We also shouldn’t be too quick to assume we know what the other person is trying saying, but should be able to say “Is this what you mean?” or “This is how I’m hearing what you’re saying, is that right?” Above all, we should learn to listen non-defensively in a way that helps the other person feel that it is safe to open up.

Below are links to all the articles in my ongoing series about attentiveness: