END_OF_DOCUMENT_TOKEN_TO_BE_REPLACED

From ‘More than Schooling The Perils of Pragmatism in Christian Attitudes Toward the Liberal Arts‘:

Appreciating that some artifacts are good in themselves, and not merely because of what they do for us, is the first step towards a proper appropriation of the liberal arts. The best argument for teaching children to love Aeschylus, Shakespeare, and Hopkins is simply that these authors wrote things that are beautiful. Just as the best reason for smelling a rose is that it has a lovely fragrance, so the best reason for learning Latin is that Virgil’s Aeneid is beautiful….

The exclusively pragmatic approach does a particularly great disservice to the teaching of literature since it orients us to adopt a didactic and utilitarian approach to texts. We may start to think that the value of a text lies in the worldview lessons we are able to draw out of it and completely overlook the aesthetic considerations. Many, for instance, have the idea that the primary purpose of learning Shakespeare is to understand allusions and figures of speech, or that memorizing poems is mainly good as an exercise to develop memory skills, or that the value of learning Latin is to understand word origins, and so forth. The idea that learning Virgil in the original Latin has a value not tied to any practical benefit strikes them as odd.

When students are trained to think in strictly pragmatic ways, they will find it difficult to enjoy, say, a Shakespeare play if they can’t derive a specific worldview lesson from it. They may become so over-active in finding worldview lessons that they discern some Shakespeare never intended. How much better it would be to get them to enjoy Shakespeare plays simply for their masterly use of language and compelling plots and characters. How much better for students to come to love things that are noble and praiseworthy even when they do not have a specific use. As Flannery O’Connor put it in Mystery and Manners, “The fact is, people don’t know what they are expected to do with a novel, believing, as so many do, that art must be utilitarian, that it must do something, rather than be something.”

“The implicit epistemology of the heroic world is a thoroughgoing realism.” Alasdair MacIntyre, After Virtue (p. 129).

“Suppose we were wanderers who could not live in blessedness except at home, miserable in our wandering and desiring to end it and to return to our nativecountry. We would need vehicles for land and sea which could be used to help us to reach our homeland, which is to be enjoyed But if the amenities of the journey and the motion of the vehicles itself delighted us, and we were led to enjoy those things which we should use, we should not wish to end our journey quickly, and, entangled in a perverse sweetness, we should be alienated from our country, whose sweetness would make us blessed.” Saint Augustine, On Christian Doctrine 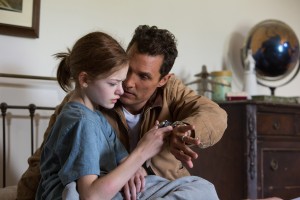 Joseph Cooper, acted by Matthew McConaughey, in the movie Intersteller

In Christopher Nolan’s recent science fiction epic, Interstellar, the character Joseph Cooper is confronted with two tasks that seem, at times, to be in conflict. On the one hand, he must remain true in his role as a father to his motherless daughter Murph. On the other hand, he must also fulfil his role as a human being tasked with the job of saving the human race.

The drama of the film occurs within the space where these two roles (and the goals attached to them) seem to be in tension with one another. Not only does Cooper’s mission involve taking a journey away from earth (and therefore away from his daughter), but he reaches a point of having to weigh the odds between saving only his daughter’s generation vs. saving future generations of humans who do not yet exist.

END_OF_DOCUMENT_TOKEN_TO_BE_REPLACED

“In the past the man has been first, in the future the system must be first.” Frederick Winslow Taylor

This August children throughout America returned to school. Few of these students were aware of the monumental shifts that had just occurred in their schools. You see, the 2014-15 school year is when American public schools began implementation of the new Common Core State Standards Initiative – the controversial educational reforms introduced by President Obama.

President Obama used $4.35 billion of stimulus money to effectively “pay” states to join Common Core, which imposes new standards on what students should know at the end of each grade for English language arts and mathematics. By controlling national testing standards, Common Core creates the infrastructure for federal control of school curriculum.

In my earlier posts in this series on Common Core,I suggested that the ideological underpinings of Common Core can be found, in part, by being attentive to the hyper-pragmatism of men like Frederick Winslow Taylor (1856-1915) and B.F. Skinner (1904-1990). In this post I will be continuing that discussion by showing how the purely pragmatic principles of Common Core kill the imagination of our children.

END_OF_DOCUMENT_TOKEN_TO_BE_REPLACED 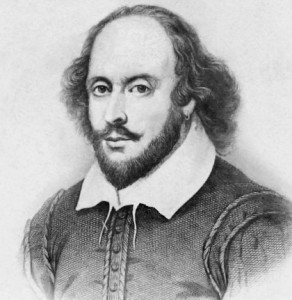 One of my joys earlier this year was being able to interview Peter Leithart about Shakespeare for the July/August 2014 issue of Touchstone. You don’t have to be a subscriber to Touchstone to read the interview, which has been put on the Touchstone website at the following link:

The Art & Craft of Shakespeare: An Interview with Peter Leithart